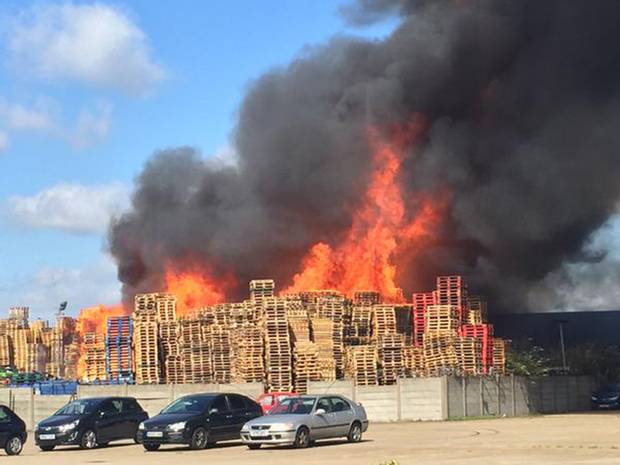 It has been reported that a huge fire broke out at an industrial estate in North London, which could be seen across the capital.

London Fire Brigade confirmed that as many as 72 fire-fighters and officers, along with 10 engines, were on the scene attempting to contain the fire, which broke out at around 10 am on Tuesday.

Worker Shady Moustafa told The Evening Standard that “11 cars belonging to nearby workers were completely burnt out”. The fire brigade later confirmed a further 14 vehicles were damaged.

A brigade spokesman said: “There was a lot of thick black smoke in the local area so in the early stages we asked local residents to close their doors and windows. About 25 people were evacuated and thankfully there were no injuries”.